I walked over to my coworkers desk last week to find that she had headphones on and was listening to music. I asked what she was listening to and she open her browser to expose that very familiar, very outdated blue-on-gray-on-blue-on-boring website that is Pandora. I immediately let out a “Pshaww… you still listen to Pandora?” 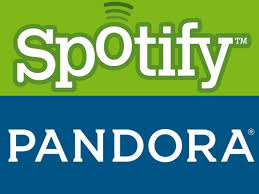 She kind of rolled her eyes and said, “Girl, I know…” and we went about our conversations.

It wasn’t until later when the subject of Pandora came up again with her that I began to really contemplate the state of Pandora. I asked her why she didn’t listen to Spotify (as the web player is up on pretty much every desktop in our office) and she told me she just never jumped on the bandwagon when it came around. I advocated for ol’ Spotty—as I’m a huge fan. I was resistant to it, at first, but I fell in love with creating my own playlists and listening to whatever I wanted to listen to, when I wanted to listen to it. After becoming familiar with Spotify and using it regularly, I then fell in love with the different playlists that others have created and even the “radio” function.

I’m the kind of chick that needs music to be productive, in any fashion. Whether it is driving, getting ready, cleaning, showering, blogging, cooking, working out, or even falling asleep – I have a soundtrack to all of it. Here’s why I made the switch to Pandora and why I think Spotify is dominating the world. 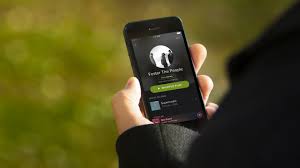 So, basically, if you’re still skipping and thumbs downing songs on Pandora—I feel bad for you, son. I got 99 problems but streaming music ain’t one.